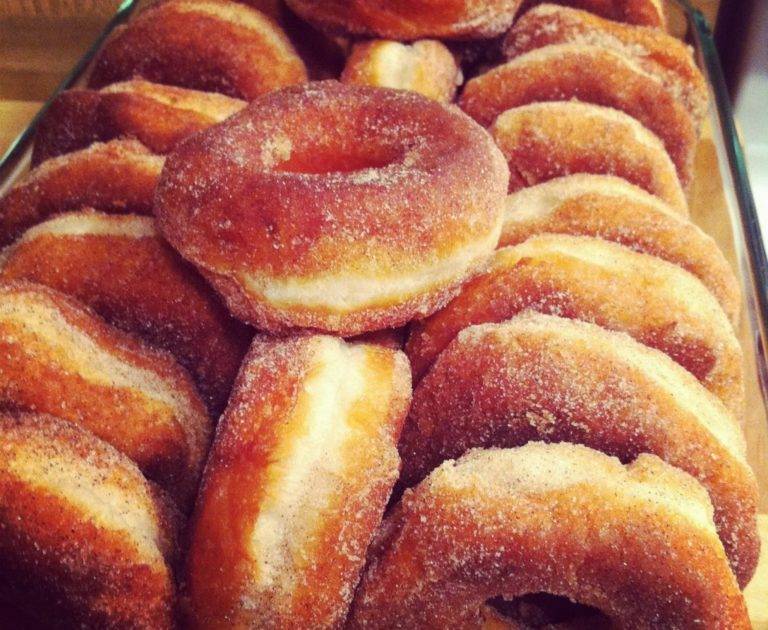 The easiest way to satisfy your donut cravings, with no finicky yeast or rolling required. Just mix, fry, and eat!

Can we all just agree that donut cravings are real, and they’re not just for pregnant women? Because y’all… I was hit with some MAJOR donut cravings last week. It doesn’t help that there this amazing donut shop that I literally drive right past at least once a week… BUT, I’m trying not to gain a million pounds and spend money there every week. But those cravings man, I couldn’t help myself!

So instead of stopping in the shop, yet again, I came up with a recipe for quite possibly my favorite type of donut of all time. Donut holes! So cute and pop-able, they’re the donut you can eat in one bite!

ARE DONUT HOLES REALLY FROM THE HOLE OF A DONUT

Traditionally yes. When donuts were rolled out and cut into that classic donut shape, the dough where the center hole was removed and no doubt used in an effort to reduce food waste (and money!). But you can absolutely make JUST the donut holes.
HOW MANY DONUT HOLES ARE EQUAL TO ONE DONUT

Sadly, less than you’d think. 1 regular sized donut is equivalent to about 4 donut holes. So if you’re watching what you’re eating, keep that conversion in mind. Or be like me and just keep poppin’ the donut holes and treat yo’ self!

DO YOU HAVE TO FRY DONUT HOLES

Not necessarily! For that classic donut taste and texture, with the crispy outside and fluffy inside, you do have to fry them. But I’ve taken the dough for these chai vanilla donuts and baked little bits in mini muffin tins and gotten delicious baked donut holes that way. So it’s really up to you and what texture you’d like.
ARE THESE CAKE OR YEAST DONUTS AND WHAT’S THE DIFFERENCE

These donut holes would be classified under the “cake” variety. When it comes to donuts, and donut holes, there are two main types; cake donuts and yeast (or raised) donuts. Cake donuts are made using a sweetened dough that uses baking powder to rise. Yeast or raised donuts are made using a dough that uses yeast (I know you’re shocked right?), and involves a rising time. A classic glazed donut from Krispy Kreme or Dunkin Donuts would be a good example of a yeast donut. Personally I LOVE the flavor of a great yeast donut, but they take time to make, and working with yeast can be finicky. For a fool-proof donut, go with the cake variety.

Canned biscuits (anything BUT the flakey layer kind).
Melted butter in a shallow bowl(4 tbls per 8 biscuits give or take)
Sugar & Cinnamon in a shallow bowl. Mixed together in your favorite proportions
Veggie oil to fill your pan up to about 1/2 in

Heat up oil for a few minutes on medium heat.
While it is heating up, cut holes in the donuts with a cookie cutter or some other circular object.
When one side is golden brown, flip with tongs.
When that side is golden remove from oil and place on a paper towel lined pan or plate.
When the donuts have cooled enough to handle…using your fingers dip one side in the melted butter, let the excess drip off, dip in cinnamon and sugar mixture …

To Find Out All The Yummy Ingredients And The Step By Step Directions To Follow for this Delicious recipes,Please Head On Over To Next Page Or Open button
BEST BANANA PUDDING CAKE
EASY CROCK POT CHICKEN AND DUMPLINGS